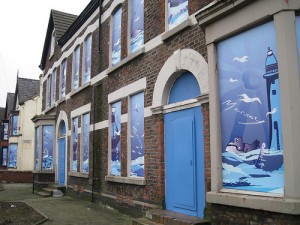 4.1 Setting Up A Project

If you decide that you want to take over some properties, you’ll need to think about forming yourselves into some sort of organisation – if one doesn’t already exist.

Owners usually won’t hand over properties to an individual or even several individuals. They much prefer to enter into agreements with an “organisation” of some sort, which has clear aims and objectives ( eg to house and support certain sorts of people) and is run according to an agreed constitution. Don’t panic! This needn’t be too difficult to set up.

First of all, remember, that the idea behind this website is to put people in touch with each other and so it’s a good idea to get talking to projects that are already up-and- running in order to find out how they went about it. .

That said, it’s obviously helpful to outline some of the most common ways of getting going.

1. Options For Setting Up A Project.

This is the most basic form of organisation and really only requires you to agree a constitution setting out details of:

This is a really simple way to start out and doesn’t require you to register the organisation with anyone or to spend any money.

However, you do need to remember that as an informal or “unincorporated” organisation you’re ultimately a collection of individuals and don’t have the protection that goes with setting up a limited company, which comes from being “incorporated” as a legal entity (see 1.2- 1.4 below).

While, the organisation will be able to open a bank account and take on property, liability for what is done in the name of the organisation will always rest with the individuals running it. If you do decide to start out in this way, then you can always review the arrangements at any time and opt to set up as a legal entity at a later date.

More information can be found at:

A local support organisation in Devon, called Involve, have produced a good specimen constitution which could easily be customised for a housing project

Quite a few self-help organisations want to run as co-operatives. These are organisations that are run for the benefit of their members and are controlled by the members. This usually means that the people running the housing co-op are the same people as those living in the properties.

( they’re known as “sponsors”), which you can use to get registered as a Housing Co-operative under the Co-operative & Community Benefit Societies Act via the Financial Conduct Authority (FCA) (which is responsible for the actual registration process). These include CDS Co-operatives and Catalyst Collective. You can do this without having to pay for any legal assistance, but you will need to get registered through the FCA via the Sponsor and this it will cost a basic fee of £40 ( if there are no amendments to the model rules), plus whatever administration fee the sponsor charges ( £70.00 in the case of CDS)

In registering in this way, the organisation becomes a legal entity and is able to enter into contracts and leases in its own right ( as a “legal person”, as opposed to a collection of individuals) and member’s liability is limited to their stake in the organisation ( which will be their £1 share).

Catalyst Collective have produced a useful guide to setting up a Housing Co-op which can be read here [5]:

As with housing co-ops, there are sponsors who produce model rules, and again it’s necessary to go through them to register with the FCA. (See the link below for details of sponsors) The National Housing Federation have a set of model rules which are widely used and provide a bespoke service for people who they allow to use them, but this can cost as much as £900.

1.4 A Company Limited By Guarantee

( the occupants) who are not its members, is to set up a company limited by guarantee.

A company limited by guarantee is very easy to set up via Companies House and has the attraction of only costing £20.00 to register. Companies limited by guarantee don’t have any shareholders, but instead have “guarantors” who’s stake in the company is only a nominal amount of money.(again, usually only £1.00) which represents the extent of their financial liability. Also, as “guarantors” they can’t receive any profits or dividends from the company (unlike a company limited by shares where people invest money and receive dividends).

Frequently the guarantors will be a small group of people who will form the board of directors and who will be responsible for running the actual company ( ie making sure it’s run properly). Whether they also work on the project will depend on whether they have, or have not, enough money to employ other people to do that..

You can obtain an off-the-shelf memorandum & articles of association (these two documents make up the constitution) which make it easy to set-up and which means there’s no need to incur solicitor’s costs ( see Section 2 below) . These set out how the organisation will run and it’s just a question of inserting your own aims and objectives, and one or two things about how you’ll conduct your business.

Companies House publish a guide to registering as a company which can be viewed here: http://www.companieshouse.gov.uk/about/pdf/gbf1.pdf [7]

Another option is to set up a Community Interest Company. This is a relatively new form of legal entity which was introduced for people wanting to set up a company with a social purpose and includes provision for an “asset lock”. This means that it’s impossible for any members/shareholders to take over the company and dispose of its assets.

In order to form a CIC, it’s necessary to register as a particular sort of Company Limited By Guarantee through Companies House. Details of how to do this can be found via the link below.

Some people might want to become a “charity” in order to help with fundraising and to get certain benefits (like relief from paying rates on properties). However, there’s a good deal of confusion about charities and it’s important to understand, that being a “charity” is a “status” rather than form of organisation in its own right at the moment.

To secure this status you must register with the Charity Commission. Registration depends on you having charitable objectives ( eg relief of poverty- which would include providing housing for people on low incomes ) and being run in a charitable manner (eg. any surplus money is used to further the objectives of the organisation and not distributed to shareholders or members). There’s no fee for registration, but you must have an income of at least £5,000 and the Charity Commission will want to look carefully at everything about the organisation to make sure that it is fully compliant.

Companies limited by guarantee and community benefit societies can qualify as charities, as can even informal associations – subject to their having charitable objectives etc.

One important feature of charities is that the people running it, must not be the same as the people benefiting from the services it provides and so it wouldn’t be an option for projects where people living in the properties also want to run the organisation as well ( such as a housing co-op).

The Charity Commission produce a good guide to registering as a charity ( C21) , which has a good section looking at different types of organisations which are eligible .

The Charity Commission also publish a modelMemorandum and Articles of Association for a company limited by guarantee (Ref. GD1) which are ideal if you initially want only to register as a company, but want to have the option of going on to try and register as a charity in the future – assuming that your objectives are charitable. These are not “sponsored” in the sense described above in 1.2 and 1.3 and therefore it’s possible to simply copy them, fill them out and submit them directly to Companies House. .

You may decide you want to be referred to as “a social enterprise”. It’s important to understand that there’s no one legal framework for a social enterprise as such and asa result organisations operating as social enterprises use a wide variety of legal forms; some incorporate themselves as companies while others take the form of Community Benefit Society or a Community Interest Company ( see 1.5 above).

As far as what counts as a social enterprise goes, the Government has put forward the following definition:

“A social enterprise is a business with primarily social objectives whose surpluses are principally reinvested for that purpose in the business or in the community, rather than being driven by the need to maximise profit for shareholders and owners.”

Guidance on the various options for setting up a social enterprise can be found on the Gov.Uk website here:

This means is that if the way you operate accords with the above definition, then you could legitimately refer to yourself as a social enterprise. However, you’d still have to be constituted in some way (as per sections 1.1-1.5 above).

Finally, do remember that one of the guiding ideas behind this website is to get people talking to and helping one another. So if you’re not sure what to do, have a chat to one of the organisations already up and running and capitalise on their experience.

The FCA ( The Financial Conduct Authority)